M7 Grenade Launchers
Below is a very brief description of each launcher :

WWII design, long stud for opening gas cylinder lock screw to vent gas pressure preventing damage to rifle. Semi automatic fire with launcher attached not possible due to long stud. Early version had steel retainer and nut for retaining projectile. Later version had circular coil spring. Packed with an early, vented, lock screw, which replaced the solid lock screw. This vented lock screw did not automatically close, which created problems in the field. More M7s were made than any other model.

Solved the problem of the M7s long stud. This version had a shortened stud and a provision for recoil. Upon launching a heavy projectile the launcher recoiled rearward, opening the lock screws valve. Had circular coil retaining spring. Standardized in July 1945, ordnance records show it was issued with a hardened lock. 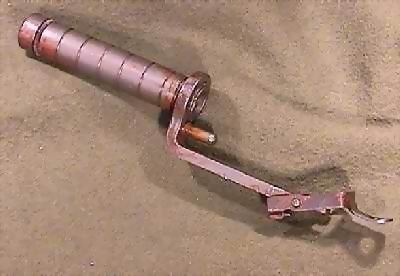 Solved the problem of the M7A1s violent recoil and the damage it did to lock screw valves.The high hump lock was packed with the M7A2 launcher and was also part of the production of rifles during the Korean War.The locks hump mated up with a corresponding surface on the launcher, which limited rearward movement during recoil. This limit prevented damage to the lock screws valve It had the circular coil spring and was the model, which transitioned to the hairpin type projectile retainer; thus two types were used on this launcher. Standardized 1952. 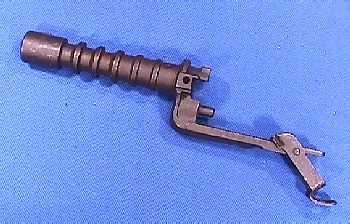 Identical to the M7A2 except a few inches longer. The additional length helped stabilize the heavier anti tank rifle grenades being adopted due to development of heavier armor. Standardized circa Jan 1953, packed with the high hump lock and the flat edge lock, depending upon contractor. Only version known to utilize the drop leaf sight, mounted on the launcher. 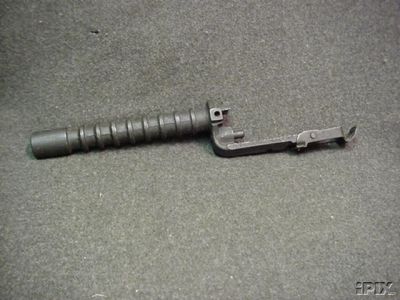 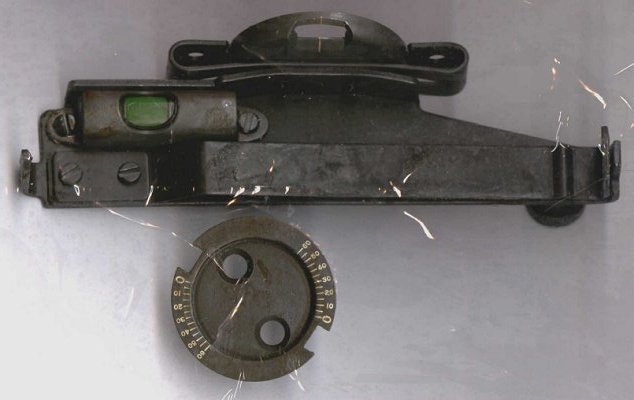 Thanks for posting another good Article, Les. I wonder whether or not you'd be willing to prepare a similar Article detailing the numerous other Grenade Launchers (M1, M2 and M8 )? It might also be worth pointing out that these items are classed Section V Firearms, though!