Gents, here is the complete training notes for the 60mm Mortar I used, hopefully you'll find them useful.

Training
60-mm Mortar M2
The 60-mm mortar is a smooth bore, muzzle loading, high angle fire weapon. The mortar is assembled into a single unit while the mount consists of two units, the bipod and base plate.
Ammunition
Based upon use, the principal ammunition for this mortar are 
High Explosive (HE), for use against personnel and light targets
Illuminating shell, for illumination of objectives
Practice, for training purposes
Firing table
For the purpose of converting ranges in yards into elevations in degrees, a firing table is provided. This table, printed on a convenient card, includes a deflection-conversion table and instructions as to its use. A firing table is packed in the fiber container with each six-round bundle of 60-mm mortar ammunition. Since mortar fire is usually adjusted fire, the gunner should select, for his initial round, a charge zone which permits a subsequent increase or decrease in range without changing the charge.
Action
To prepare the mortar to fire on a target, the command is: ACTION. The mortar location should be in defilade, however slight. A method of quickly placing the mortar in action is,
1.The squad leader places the cleaning staff, ammunition bag and sight on the ground at the position where the mortar is to be fired. The cleaning staff should point in the general direction of fire. The squad leader establishes the direction of fire by having No 2 place an aiming stake on the line cleaning staff  target. The squad leader then moves to a position where he can observe and control the fire by oral or visual fire orders.
2.The gunner, a few yards in rear, mounts the mortar, removes the muzzle cover and aiming stakes from the barrel, and moves up to the firing position when direction has been established. He then places the mortar on the ground at the position indicated by the cleaning staff and aligns the left edge of the base plate on the staff, with the front flange perpendicular to the direction of fire. He mounts the sight and sets 62o elevation and zero deflection
3.No. 2 places his load of ammunition near the firing position and moves to establish initial direction of fire as directed by the squad leader. He then returns to his firing position.
4.All numbered members of the squad take posts as
Gunner No. 1  Prone, on left side of mortar
Assistant Gunner No. 2  Prone, on right side of mortar
No.s 3 and 4  Echeloned, to right and left rear, where they can supply ammunition to No. 2
To Fire Mortar
Squad Leader  gives initial fire order as described later (par. 63)
Gunner  Consults firing table after checking or setting deflection on sight (par. 42)
Announces charge to be used
Sets elevation on sight for range announced
Lays for elevation. Lays for deflection and cross levels
Places left hand on left leg of bipod and right hand around base cap to steady and assist seating during first three rounds
Commands FIRE
(N.B. Sight should be removed during first three rounds or until base plate is seated)
Ass. Gunner  Repeats order designating charge
Removes increments to leave announced charge
Withdraws safety wire
Places right hand on right leg of bipod to steady during firing of first three rounds
At command FIRE, grasps the round with left hand and inserts the shell. Upon releasing the shell, he immediately withdraws his hand
No.s 3 and 4 Supply ammunition to No 2 as directed

Fire Orders
The squad leader directs the fire of his squad by fire orders. These orders contain the data necessary to enable the gunner to lay for elevation and direction and fire when ready. The elements of a fire order are given in a definite sequence and without delay or pause. The elements of a fire order are repeated by the gunner. Fire is begun at the gunners command FIRE, after he has received the last element of the fire order and laid the mortar. Fire is stopped by the squad leaders command CEASE FIRING.

Elements of a Fire Order
Deflection [Zero]
Aiming point [Stake]
Range [800]
Number of rounds [One round]
Deflection  is announced as Right/Left so much or Zero depending on relation between aiming point and line mortar  target
Aiming point  described as stake or case
Range  to target announced as number in yards ending in multiple of 25 (without words range or yards)
Number of rounds  is last element and is order to fire when ready
Subsequent fire orders contain only the elements which are to be changed and number of rounds to be fired
Adjustment [Right 10]
[825]
[One]
Effect [Three rounds]
Fire for Effect is that fire delivered on a target to accomplish a desired tactical result.

And here are the supporting images 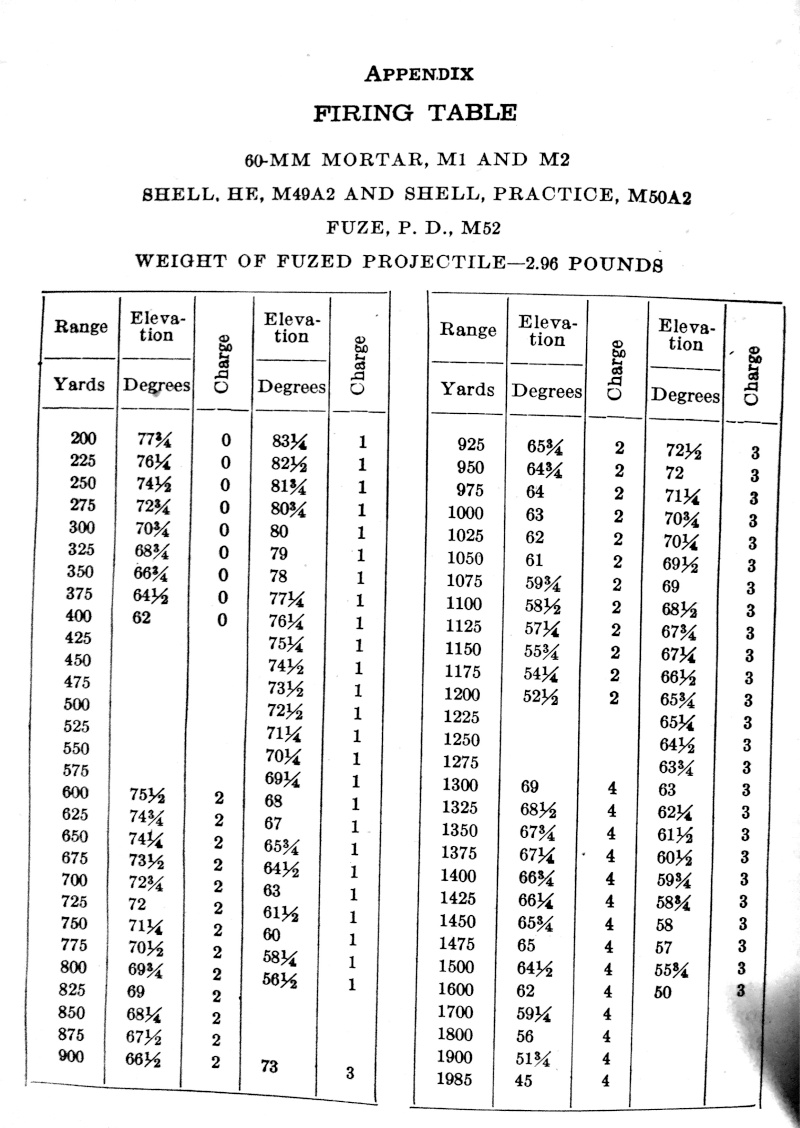 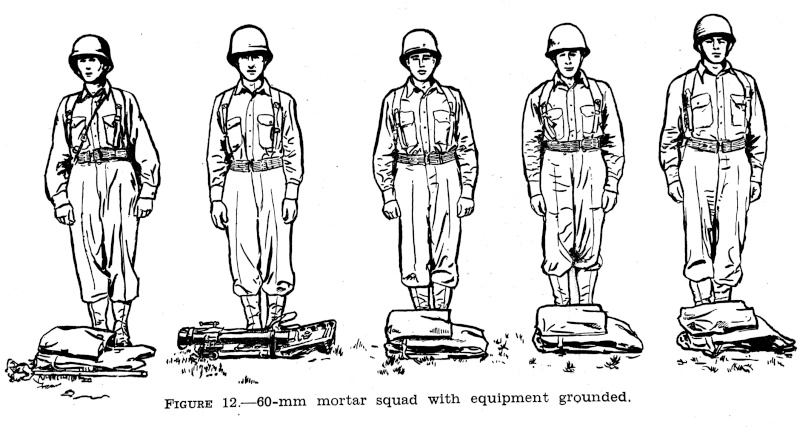 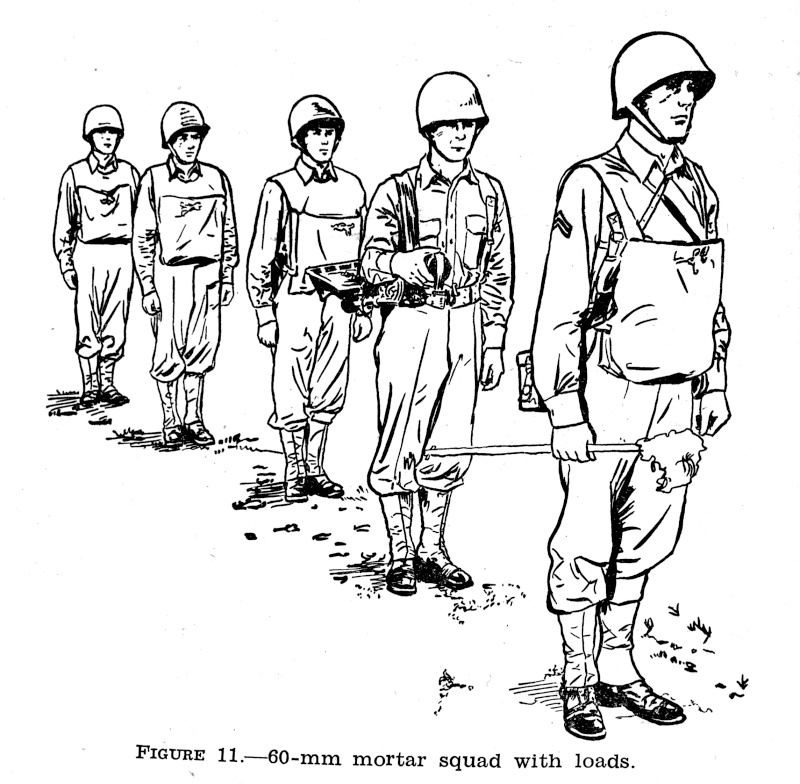 Very useful thank you for posting.