July 12th marked a significant Birthday for me. Id managed to blag a weekend pass as my girl and the guys in the company had arranged a dance for me at the local village hall to celebrate my big birthday that day. Id arranged to spend the day with my girl and a few of the guys in preparation for the big evening ahead. 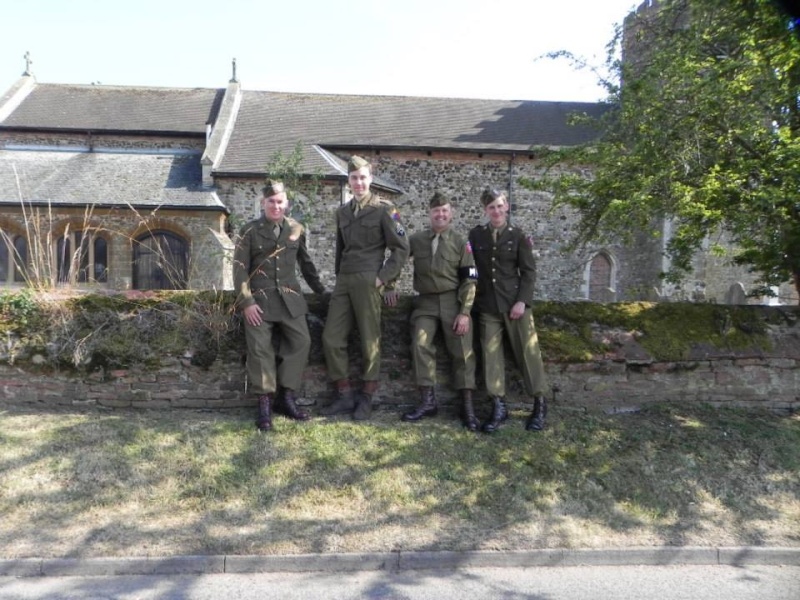 I was truly stoked to see the effort the guys and some of the locals had made in making the hall look all patriotic, with flags and bunting and was amazed at the mountains of food and beer that theyd manage to borrow from the mess kitchen and PX store (Im sure they wont miss it!). 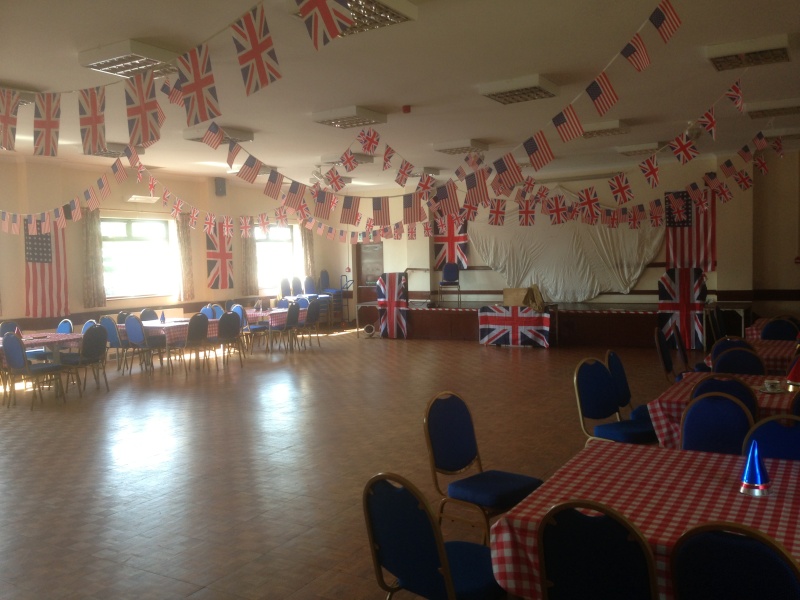 The MPs on the door did a great job in checking in the guests on arrival  mainly locals and friends that wed made over time in the area. The entertainment began with a few news reels that the guys had featured in with their exploits over the last year or so. Kinda strange to see yourself up on the big screen although I know my buddy, S/Sgt Johnny Costino, always finds a way to make it more amusing! 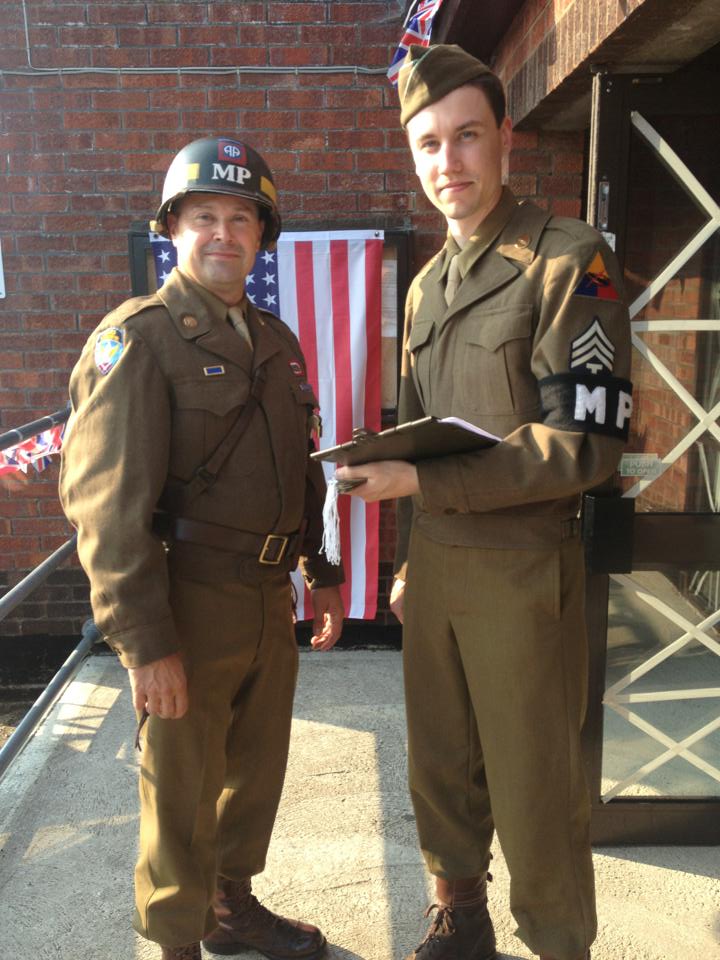 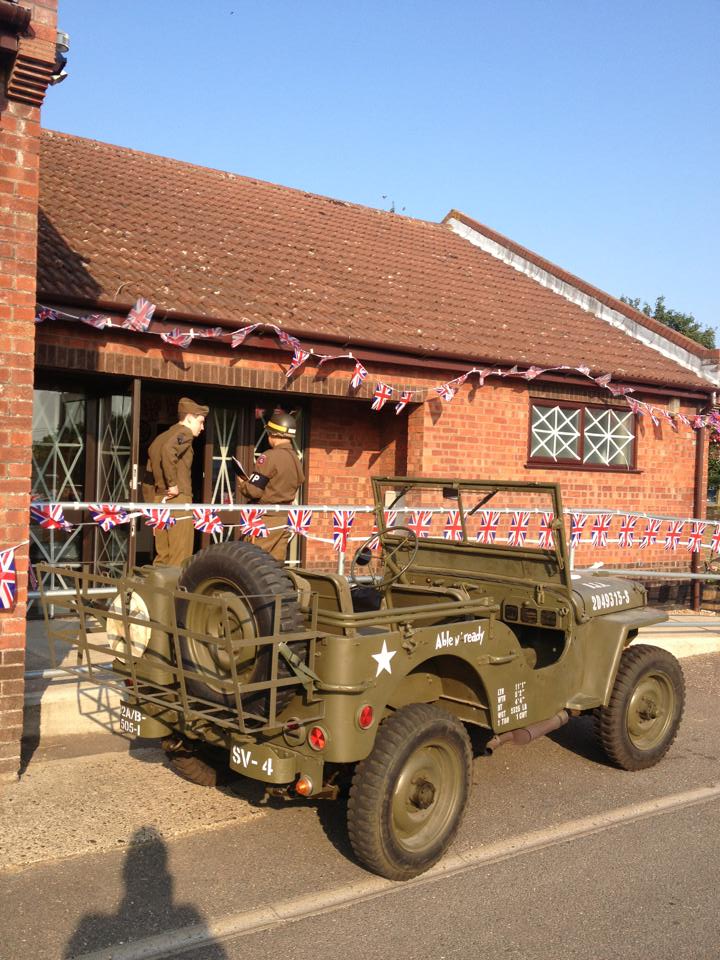 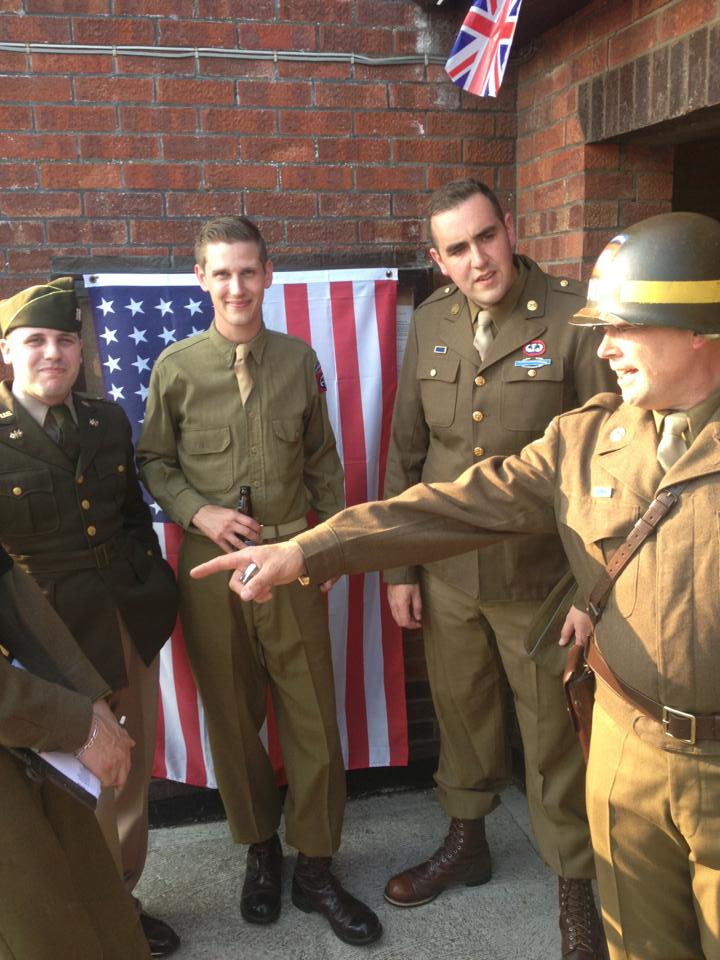 One of our guests was Flight Sergeant Peter Thomson who was a real gent. He was telling the guys tales of how he had towed gliders in on D-Day and Market Garden where he was shot down over Arnhem presumed MIA. However, with the aid of the Dutch resistance he managed to escape back to England BEFORE the dreaded telegram to his folks arrived giving them the news! What a guy! 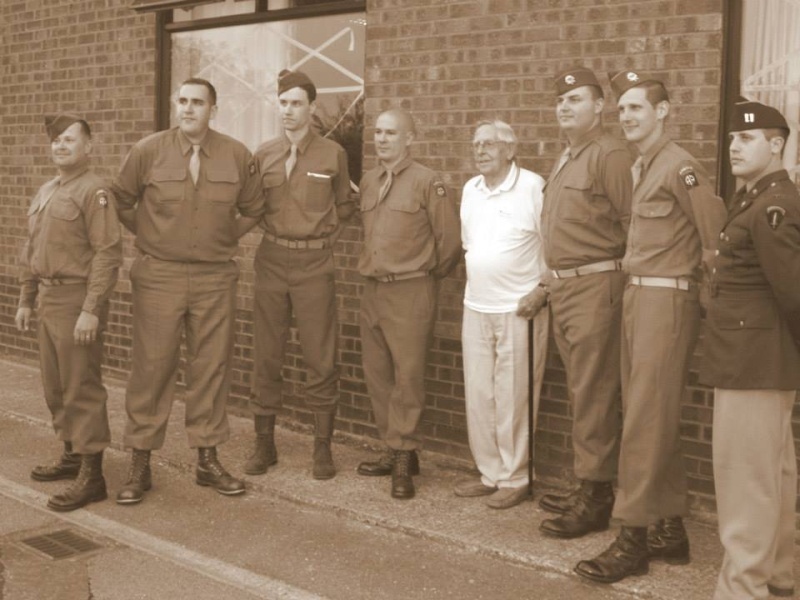 An unexpected Mail Call was welcome although not for everyone as a few of the Brits in attendance received their call up papers! You cant beat a letter from back home!

The beautiful D-Day Darlings were trucked in to entertain us all in the evening with their fantastic harmonies... boy, those girls can really sing! Being one of the better dancers in the company I dont mind admitting I really hit the dance floor and showed some of guys and those Brits how to dance, ha ha! It was during their performance that the guys presented me with a fantastic birthday cake. It might not have been a cup cake but boy did it taste Gooooood!!!! 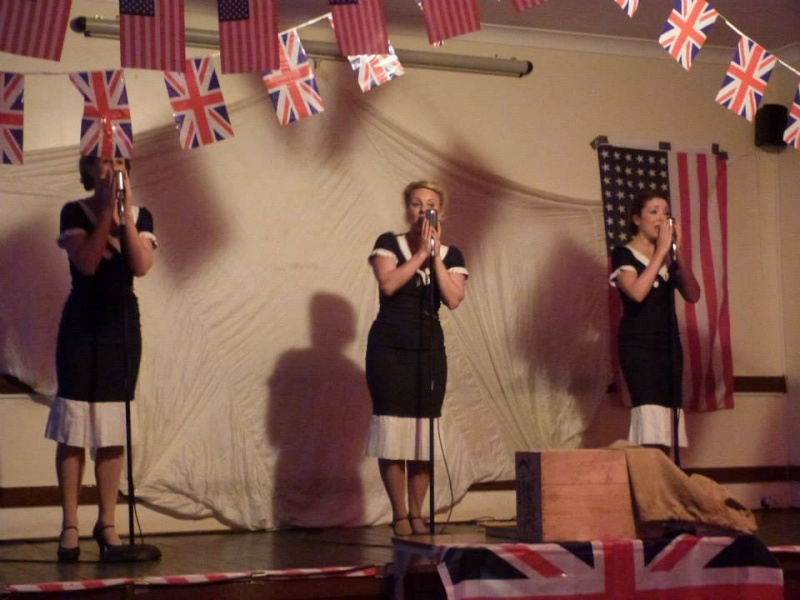 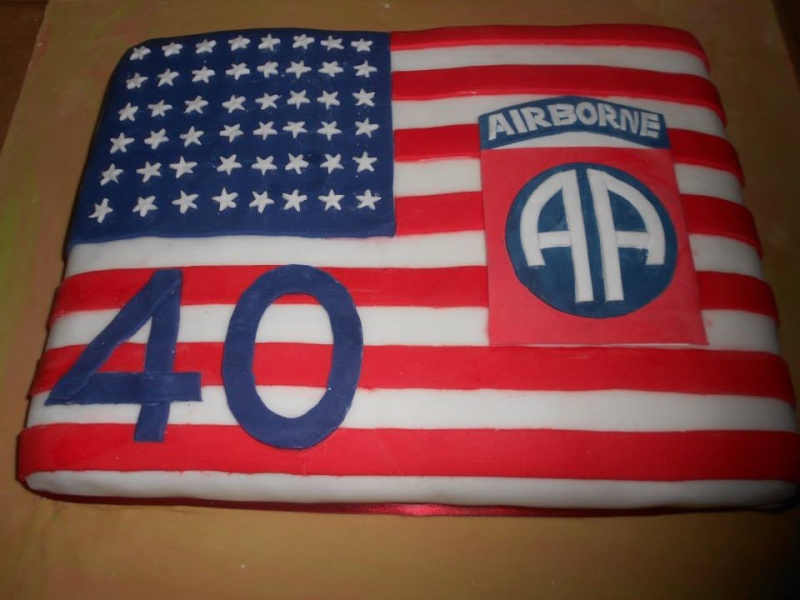 As the evening drew to an end, the D-Day Darlings couldnt resist having their photo taken with the birthday boy himself before they had to go. There was just time however for the rest of the guys to sneak in and join the photo one for the folks back home! 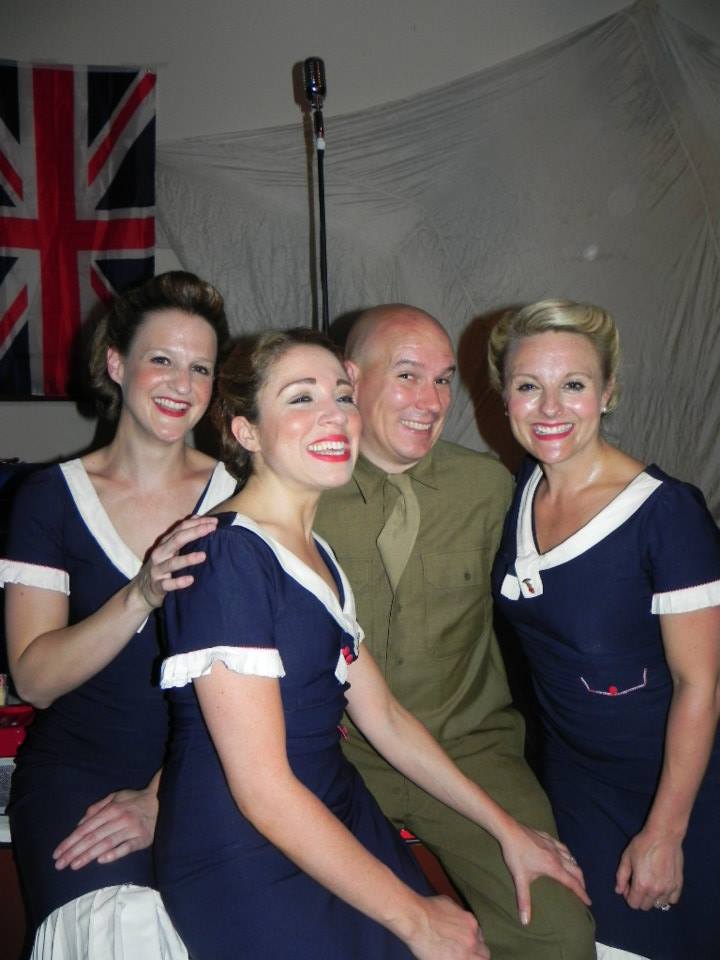 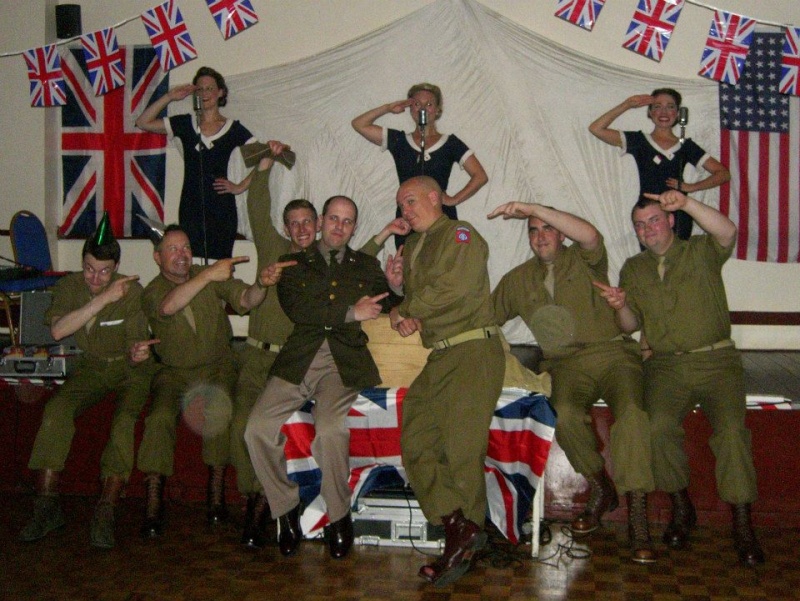 The next day, rested and reminiscing on the night before, the guys and their girls decided to head not far round the North Norfolk Coast to the old US 8th Air Force Gunnery School at Snettisham. I think a few of the guys promised their girls a romantic walk along the beach in the sun but they soon discovered the motive for the trip and an hour or so was spent exploring the old ranges and comparing finds of .50cal rounds, links, etc that had been fired and left there courtesy of the Mighty Eighth. 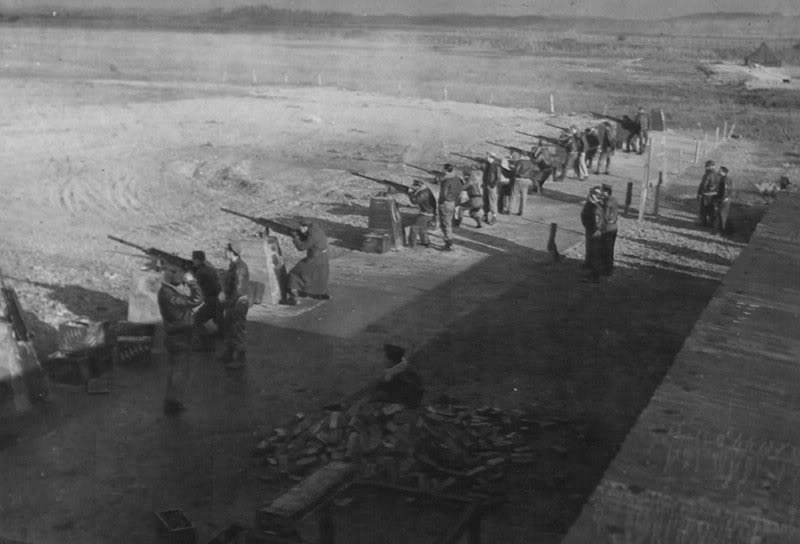 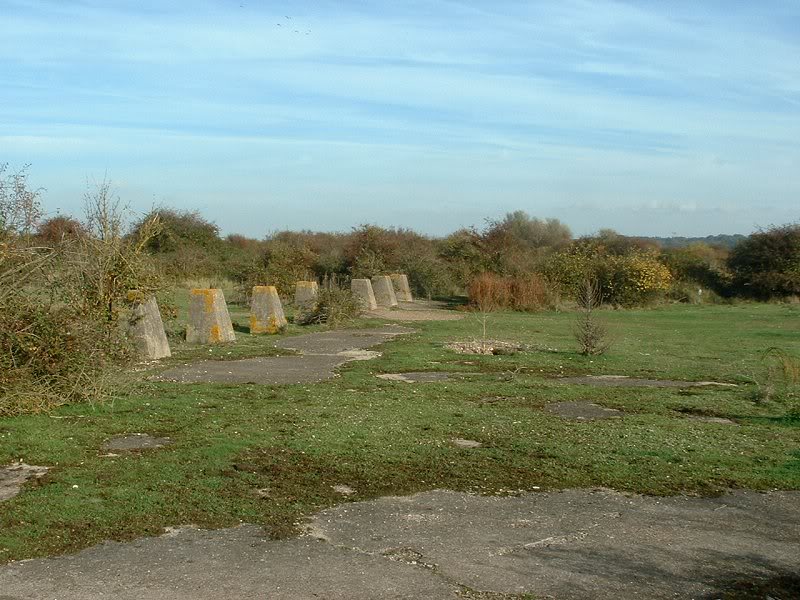 An all round great weekend! Another year older but another year wiser! They say youre as old as you feel and right now Im feeling pretty damn good!

Great lot of photos mate, Think a trip back to USAAF country should be in order again!!! Very enjoyable time had by me and Helen

Nice pics and report Dan thanks for posting. I enjoyed the Sunday trip and would like to revisit to find some more spoils of war as I have lots of 30/06 I need heads for ha ha!